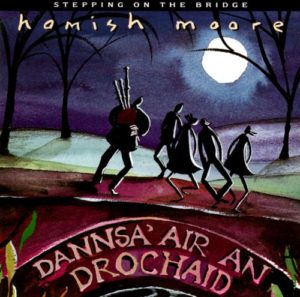 Liner Notes for “Stepping on the Bridge”, by Hamish Moore May 1994

I suppose the seeds of this album were sown in 1987 when I first heard Buddy MacMaster and Maybelle Chisholm playing at a music festival in Philadelphia.  I remember well hearing the strains of this joyous, exciting music from afar and being physically drawn to it.  What I heard was old Scottish music played with a rhythm, tension and wildness that I had never before experienced, and what excited me most were the strathspeys.

I have continued over the years to listen to as many Cape Breton musicians as possible.  In the summer of 1993, I was invited by Sam MacPhee to teach small-pipes at the Gaelic College in Cape Breton.  It was there and at house parties at the MacDonalds and the MacNeils and at the dance at Glencoe Mills, that I saw and heard it all in context.   Cape Breton is an isolated island on the Atlantic coast of Canada and part of the province of Nova Scotia.  During the late 18th and early 19th centuries it is estimated that some 30,000 Scots, the majority Gaelic-speaking, settled in Cape Breton.  With them they brought their Gaelic language and culture.  A very important part of this culture was the step-dancing, the piping, the fiddling and the song.

Although the majority of settlers in Cape Breton Island were Scots, there are many different ethnic groups contributing to the island’s population.  Most fiddlers have a distinctively Scottish style although there are some who play with an Irish flavour.  There are even Micmacs who play great Scottish reels, fiddlers from the French community such as Arthur Muse who is a brilliant player of strathspeys and wonderful players and contemporary composers like Jerry Holland whose style although influenced by Scottish and Irish music is individualistic and very much his own.

Coming to Cape Breton as a modern Scottish piper, the players with the very distinctively Scottish style interested me most.  I am a Scot with one Irish and three Scottish grandparents and I love Irish music.  I have been very aware over the years of the constant comparison throughout the world between Scottish and Irish music, the latter always being thought of as more powerful and somehow ‘better,’ so it was with a growing sense of relief and pride that I came to the realisation that old Scottish music, the repertoire and the style it was played in, was every bit as good as Irish music.

There are several reasons why the style of some Cape Breton fiddlers is thought to be fairly authentically 18th century Highland.

In many cases the people playing this music are only two or three generations removed from an early Scottish settler, their grandparents or great-grandparents coming from Uist, Barra, Strathpeffer, or Sutherland.

The learning of the tunes and style was in many cases by ear and example.

Tunes were also learned from books and it was common practice to insist that the old repertoire was played exactly as was written in the book.  When Dan R.  MacDonald visited Scotland, he made one of the largest personal collections of Scottish music.  This collection is now in the hands of Alex Francis Mackay.

Many of the early Scottish settlers lived and worked in small tight-knit communities.

The most important factor however in the preservation of the old Scottish style of playing is the continuation of step-dancing, since it dictates the tempo and rhythm.   But what of Scotland? Many Cape Bretoners are disappointed when first visiting Scotland and hearing Scottish music as it is played today, and many Scots are positively shocked when first hearing the old Cape Breton style, thinking that it is somehow corrupting ‘our good Scottish music’! The reasons are understandable.

If the style in Cape Breton amongst some communities has remained largely unchanged, this has not been the case in Scotland.  We need only look at the social and political history of the country and its direct effect on the culture–Culloden and the Act of Proscription; the Highland Clearances; the Church who were responsible for burning vast numbers of fiddles; the enormous influence of fiddlers such as Scott Skinner; the Victorianisation of Scotland; the gradual loss of step-dancing and the succussive waves of English and European fashion in dancing e.g.  country dancing; the overwhelming influence which competition and the army had on piping.  The list is by no means complete but serves as an example of some of the relevant factors.

Although marches, slow airs and hornpipes are played in Cape Breton, the strathspey, the reel and the jig are by far the most popular.  This is the dance music.  The step-dancing was taken to Cape Breton by the early settlers from Scotland.  I think of it as a very sophisticated form of pedal percussion, tapping out the rhythms of the tunes with the feet while standing up.  Quite the most natural thing in the world to do when good, rhythmic music is heard.  The step-dancing and the music are inseparable–almost anywhere in Cape Breton where there is music there is also dance.  In Scotland, there are many people who remember their parents or grand-parents step-dancing, and there are even some women who learnt to step-dance as children.  They have confirmed that the strathspey and reel steps danced in Cape Breton are exactly the same as those they learnt in Scotland.

Step-dancing in Scotland took place in the smallest kitchens, in the halls, on the bridges and at the crossroas.  The steps were derived from the old Scotch Reels which were danced all over Scotland in the 18th century and earlier, in both strathspey and reel tempo.  When we lost the step-dancing, we lost the need to play the music as it is played at the dances in Glencoe Mills in Inverness County in Cape Breton today.  In particular we lost the old way of playing the strathspey, or the strathspey reel, as they were known.  Most of these old strathspeys have very primitive melodies, the tune being dependent on the rhythm.  If the rhythm is taken away, there is very little left.  There is a vast repertoire of old strathspeys with this inherend step-dancing rhythm e.g.  Bogan Lochan, Lucy Campbell, Tulloch Gorm and Callum Crubach to name but a few.  These tunes require this rhythm to survive.

So far I have made very little reference to the pipes.  There were however many pipers amongst the early settlers and they took with them the old piping styles from Scotland, very different from the modern ‘traditional’ style, which has developed since the beginning of the 19th century.  (Refer to Barry Shears’ book, The Gathering of the Clans, Volume I, for detailed information on the early pipers going to Cape Breton).  This old style of playing was based on rhythm and not on technique.  Barry Shears quotes from C.H.  Farnham’s ‘Cape Breton Folk’ published in Harper’s New Monthly magazine in 1885: ‘The dancing went on vigorously…  The most impressive figure of all was the piper…  One of the pipers, a very tall very dark, very shaggy man, sat straight up with a rigid neck, stiff figure, puffed out cheeks, and looked like the presiding genius of some awful heathen rite.’

Many of the early pipers also played the fiddle and I am sure that their piping style would have been influenced by their fiddle-playing and vice-versa.  The old piping style can be heard so obviously in many present day fiddlers, most notably Cameron Chisholm, Willie Kennedy and Joe Peter MacLean.  For me, this was confirmed when in 1991, Barry Shears sent me tapes of Joe Hughie MacIntyre and Angus Beaton playing at a dance in 1967.  At that time Joe Hughie was 75 years old and Angus 72.  In 1993, John MacLean took me to visit his great-uncle, Alex Currie.  He is thought of as one of the best dance pipers to have lived and played in Nova Scotia.   Both from listening to Alex playing in his home and from tapes of him playing twenty years ago, I can confirm this.

There are several facts about Alex and his family which are not just intriguing but crucial in the proof that dance styles existed and flourished in Scotland prior to the military and competitive influences which were imposed on piping.  Alex Currie’s grandfather came from Uist and arrived in Cape Breton in 1820 at which time there would have been no military influences on piping in a place as isolated as Uist.  The family settled in an area of Cape Breton which was isolated.  Alex’s playing was learned from his mother and grandfather and in fact he could sing literally hundreds of pipe tunes before he took up the practice chanter.

One of the most important and interesting parts of Alex’s playing is his method of beating time: for strathspeys – left and right heels alternatively – 8 beats to the bar; for reels – left heel on the first (on) beat of the bar, right toe on the 1/2 (off) beat, right heel on the 3/4 beat.  This cycle is then repeated with the left heel on the 2nd beat of the bar.  This system of beating time was brought from Scotland by Alex’s family and passed down to him via his mother and grandfather.   The traditional style of playing in fact bears little resemblance to its modern counterpart which has evolved since the start of the 19th century, based on the standardised piping of the army and the very rigid and technically correct playing of the solo competitive piper.  Competitions have in fact encouraged technical correctness to the detriment of musicality.   In conclusion, much can be said of the music of Cape Breton, about how close Buddy MacMaster’s style is to Niel Gow’s or Cameron Chisholm’s to a West Highland fiddler of the eighteenth century.  The arguments will go on eternally, but I am satisfied if we can say no more than:

There existed in Scotland one of the richest and most exciting music and dance cultures in the world.

The old reels, which included step-dancing, were danced throughout the whole of Scotland and are thought to be the only truly indigenous dance form.

The style of playing the reel, the jig and in particular the strathspey in Cape Breton today, is basically the same as it was in Scotland in the eighteenth century and before.

Piping was in Scotland, prior to the British Army recruiting the Highland regiments and the advent of competition, wild and vigoros with individual styles existing.   I am grateful that Cape Breton exists and has preserved and held our music and dance culture in trust.  In the words of Maire O’Keeffe, “The first time I came to Cape Breton, I though I’d died and arrived in heaven!” 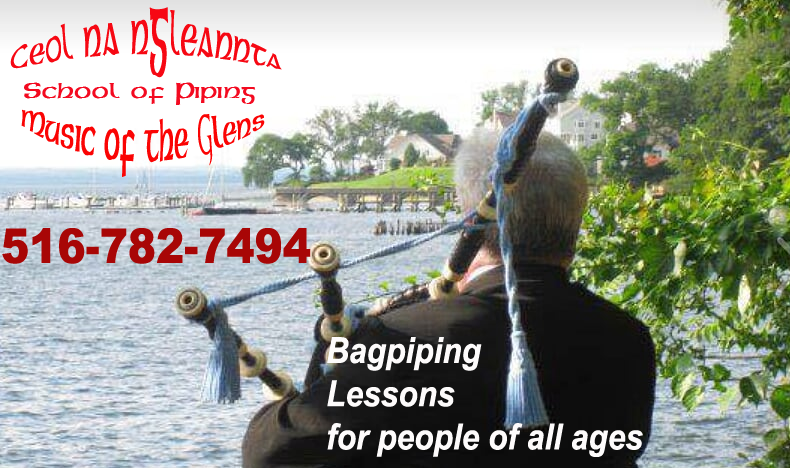 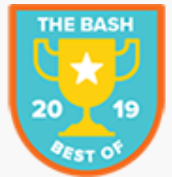